To create a new version of an authorised document: 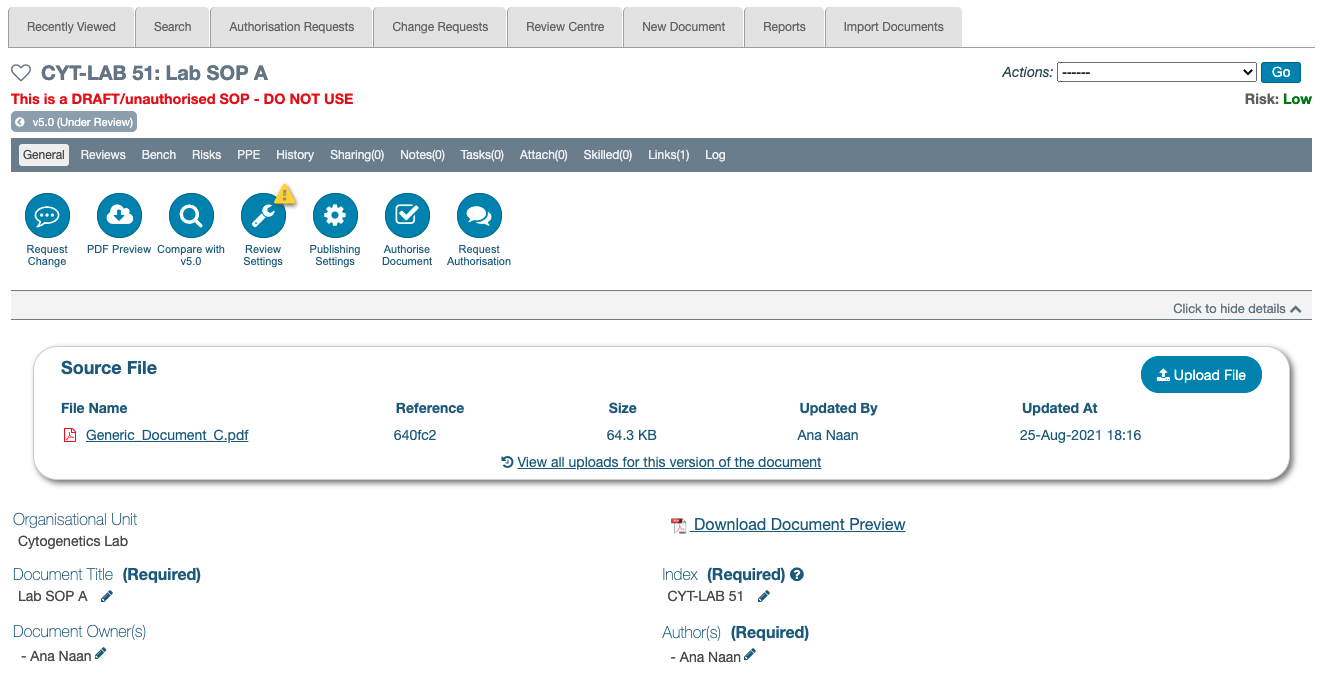 When a document review workflow has been followed and change requests have been approved, the system will prompt the creation of a new version. The review completion box in the workflow will display a ‘Create New Version’ button as the next logical step to follow.

When a new version is created, if no change requests have been raised and a review workflow reaches the review approval step, the approval task will be invalidated and will only return if the draft is deleted.

A new draft version will start with the source file which was last published (the version currently under review). From version 3.6.0, all source files carry a 6 character randomly generated reference code. It allows identifying which source file is being referred to in a review feedback task or a change request.

The document can be updated by editing it online or by uploading new source files. Most parameters can also be edited while the document is in draft state. 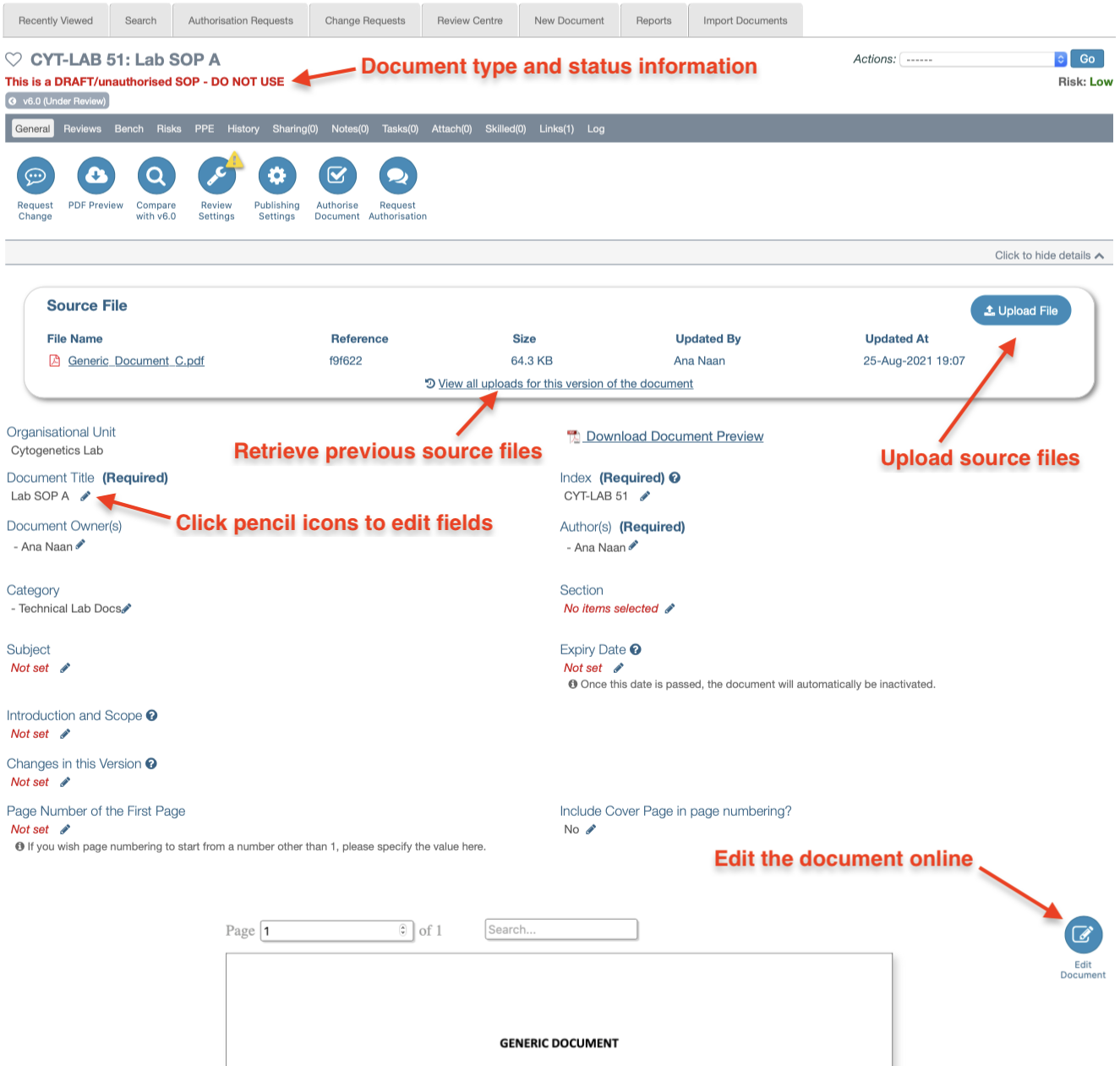 Every source file uploaded (as a new edition of the draft) will carry its own reference code. In the same manner, when the online editor is used to make changes to the source file, these are saved as a separate source file. The saved source file will have a new reference code and it will be in Word™ (.docx) format. All source files added can be retrieved from the ‘Source File’ section in the General tab of draft documents.
Clicking the link, ‘View all uploads for this version of the document’, brings up a lightbox which lists all uploads and saved versions of online edits. This link is only available when more than one source file exists; if there is only one, it can be downloaded by clicking its title under, File Name in the Source File section.

Any change requests raised will mention the source file reference so that they can be linked to the appropriate stage of the update process. The Reviews tab provides this information and also, a button to ‘⊕ Request Review Feedback’, independent of any ongoing review workflow.

Once a workflow has been started in the draft version, it can be restarted there if it becomes necessary to have more than one iteration.